The Prince in Brisbane – The School Children

The school children assembled at the four points of vantage on the route of the Royal procession through South Brisbane near the Melbourne-street Railway station, at the West End School, at the summit of Dornoch Terrace and in front of the South Brisbane Town Hall.[…] The Dornoch Terrace gathering was a notable one inasmuch as a very large number of the general public had also assembled there, and the Prince took a short walk in the park at its summit in order to obtain a glorious view of southern residential Brisbane, bathed in brilliant sunshine, the homes standing out prominently amid valley, river, and hill side, the whole being set off by the range of blue mountains in the background. 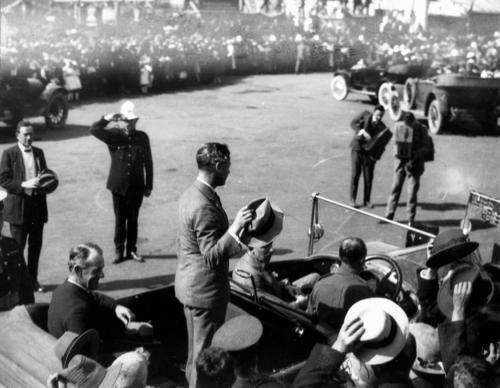 The Prince of Wales’ Brisbane Visit 1920  (State Library of Queensland)

Edward, Prince of Wales, oldest son of King George V and heir to the throne, made numerous trips to various parts of the Empire between 1919 and 1935. He toured Australia in 1920, in order to thank Australians for the part they played in World War 1 (see Lest We Forget – Highgate Hill).  He was enthusiastically welcomed throughout his tour and was dubbed “The People’s Prince” or “The Digger Prince”. Whilst in Brisbane he laid the foundation stone for Brisbane’s new City Hall. He became King Edward VIII in 1936 on the death of his father, and abdicated late in that year in order to marry the twice divorced Wallis Simpson. 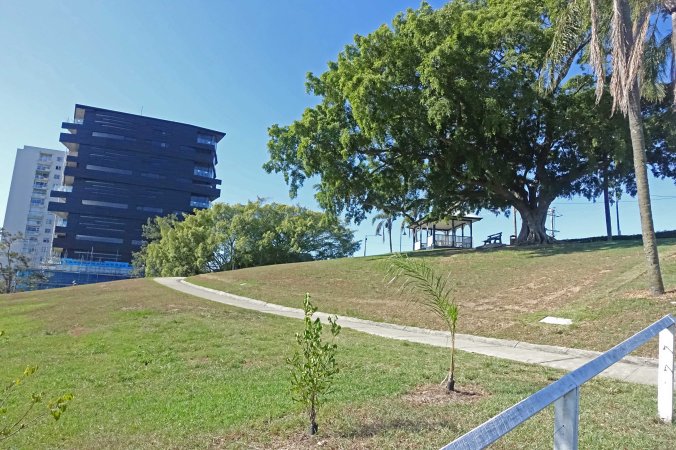 For a history of the park, please see my post Highgate Hill Park.

One thought on “The Prince of Wales Visits Highgate Hill 1920”