Brisbane’s first air raid casualty appears to have occurred in Highgate Hill and it was inflicted by a dog! 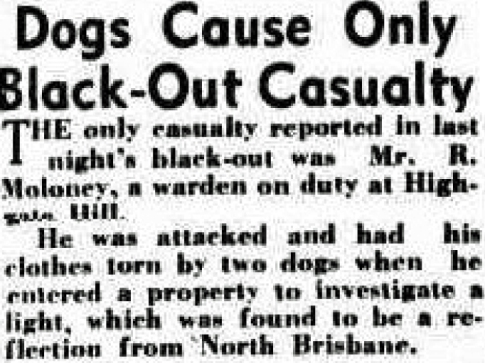 Whilst a Brisbane air raid warning system had been in preparation since the beginning of the war in 1939, by August 1941 further preparations had begun. The situation in the Pacific had escalated to the point that it was felt necessary to prepare Australian cities for possible air raids. The necessity for blackouts had been seen in Britain during the blitz in 1940 and 1941. The first blackout test in Brisbane was held in August 1941, and involved the south side only. 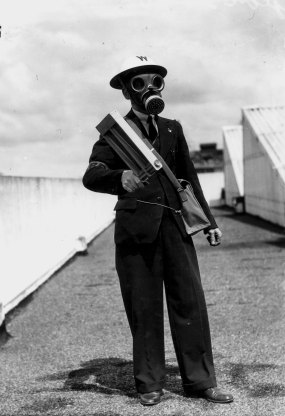 A Civil Defence organisation was established in Australia with volunteer wardens. The National Security Act included provisions for prosecution of those flouting the blackout regulations.

The Pacific war commenced four months later in December of 1941 with the bombing of Pearl Harbour and the invasion of Malaya by Japanese forces. The first air raid on mainland Australia took place at Darwin in February 1942.

Air raid shelters appeared around Brisbane. Some were designed to be used after the war as bus shelters and a number still serve that purpose.

Two hundred above ground shelters had been constructed by 1942. Many were demolished in early 1945.

Other suitable locations such as prisoner cells at the old Supreme Court in George Street were converted into shelters.

Householders were encouraged to construct air raid shelters in their backyards and a recommended design was published late in 1941. A sample backyard shelter was built in Musgrave Park to assist householders with their planning. 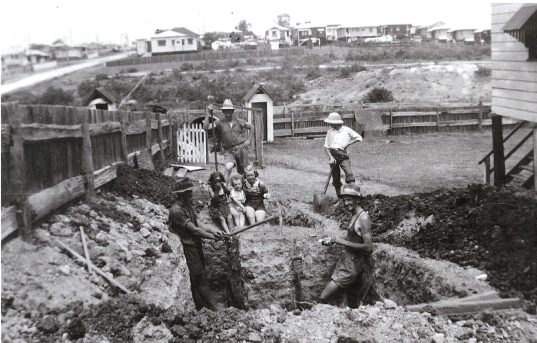 My father told a story of how as a 13 year old schoolboy at Junction Park State School, he and his classmates were put to work at digging slit trenches. They far preferred this to sitting in a classroom! 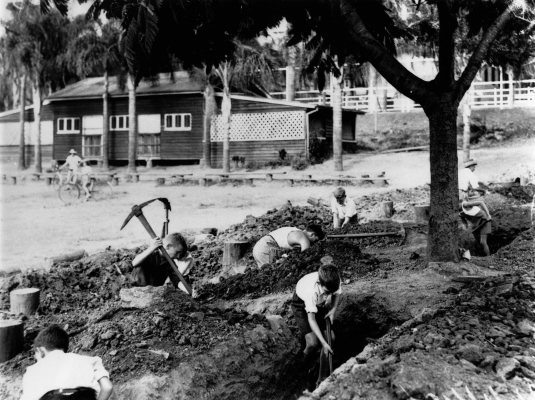 There were numerous reports of accidents with people digging their shelters having heart attacks, falls into open trenches and so on. One Ipswich family hit a coal seam and when a Parkes resident found gold, the digging of trenches in that town surged.

There were a number of surprise air raid drills held in 1942, with RAAF planes flying low over the city to add realism to the event.

By 1943, the hastily constructed air raid shelters in backyards and public spaces such as schoolyards all over Brisbane started to become a health concern. Even with corrugated iron roofing, they often had water in them after rain where mosquitos bred. Some collapsed altogether after heavy rain.

Brisbane’s first genuine air raid alert occurred on 20 August 1942. This was however a false alarm triggered by an unidentified American aircraft. Luckily Brisbane was never subjected to an aerial bombardment.

The closest enemy action to Brisbane was the sinking of the hospital ship AHS Centaur off Moreton Island by a Japanese submarine in May 1943 with the loss of 268 crew and members of the 2/12 Field Hospital. 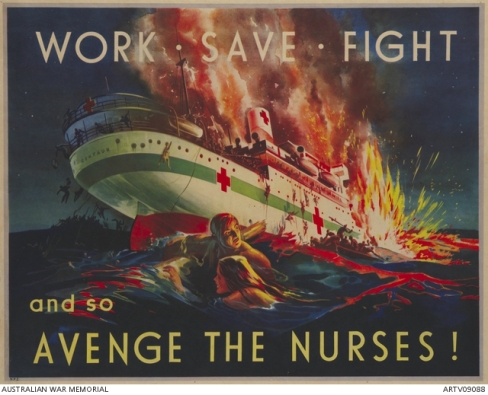 For a description of how wars have impacted Highgate Hill, a microcosm of Australia, please see another of my posts, Lest We Forget – Highgate Hill