”On Highgate Hill, from eve til morn,
There weeps a maiden all forlorn,
Because her boy has gone away
Unto the shores of Moreton Bay.

Go, Charlie, woo in other bowers,
She fibbed to you at Charters Towers”

Queensland Figaro and later Queensland  Figaro and Punch  was a satirical weekly newspaper that was published intermittently ,between 1883 and 1936. It was founded by Gulf Country bushman turned journalist John Edgar Byrne.

This poem was a reader’s contribution to the social column “Figaro’s At Home”. 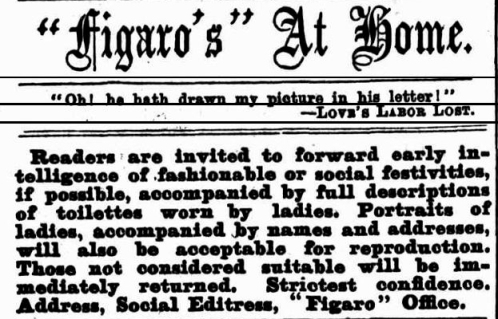 After the discovery of gold in the Charters Towers area in the 1870s, the settlement grew rapidly and by 1890 it was Queensland’s second largest town. 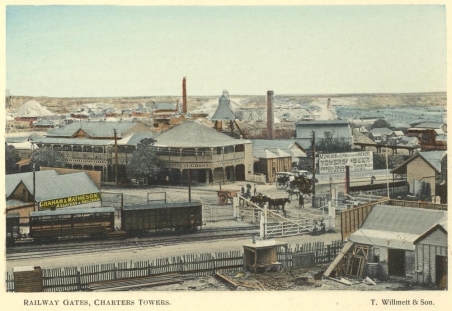