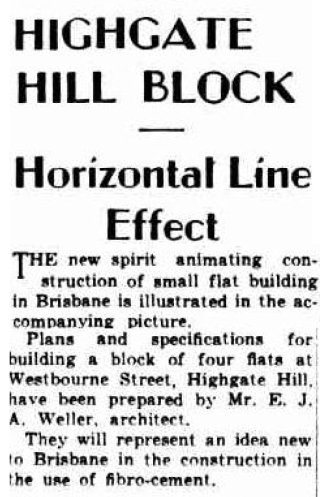 Fibre cement was invented by the Austrian Ludwig Hatschek late in the 19th century. However, in 1938, the use of fibro-cement in house construction was relatively new to Brisbane. It had been in use in Australia from around 1910. This article,   for example describes the commencement of manufacture in Victoria in 1913.

The common availability of fibro-cement facilitated the introduction of domestic architectural styles differing from those common in the city, contrasting strongly with common traditional wood construction.

The architectural features of this house included a strong emphasis on horizontal lines, made possible by use of sheets of fibro-cement and a concealed roof. 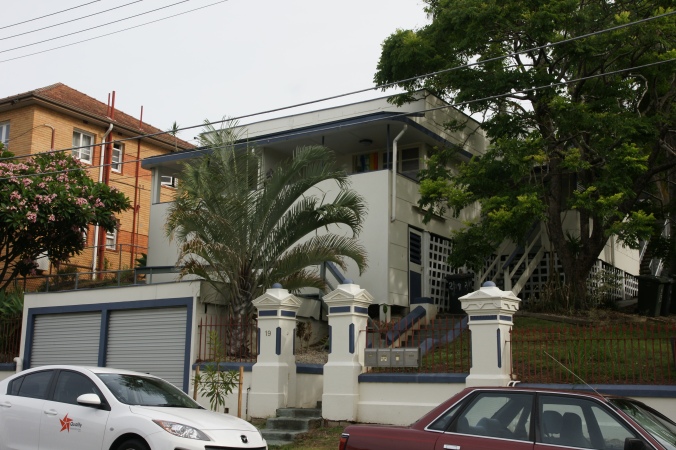 The imposing fence seen in the photograph belonged to the extensive property associated with the  house known as “Tevenen” and later “Le Jardin”. The house is still standing although it is in very poor condition. The fence extends for around 150 metres down Westbourne Street. 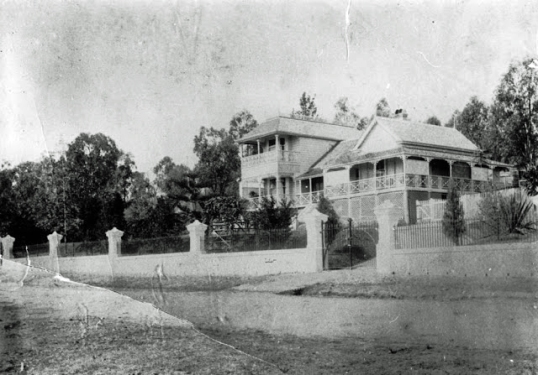 The original property was broken up, as was that belonging to the house  “Tarong”, mentioned in a previous post, A Strawberry Afternoon Tea Highgate Hill 1905.   As a result of subsequent redevelopment, Westbourne Street has a row of 1930s and 40s buildings.

Another Westbourne Street development was featured in an article appearing in the Telegraph the following year. 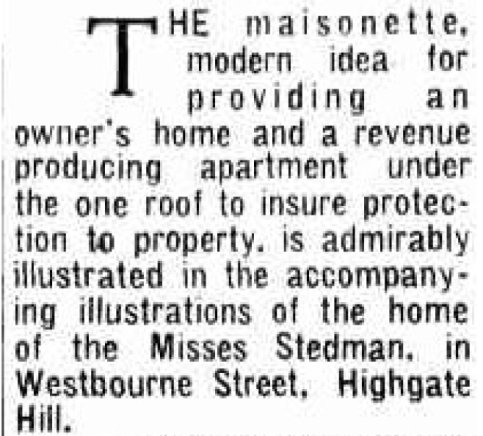 The article goes on to describe the design of the building. 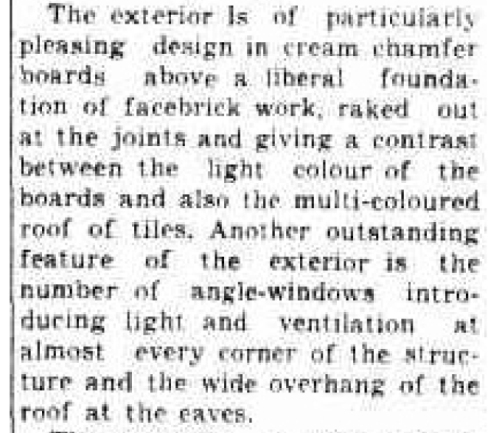 The floors were largely of kiln seasoned red stringy bark and the décor a neutral cream, reminiscent of common colour schemes today. 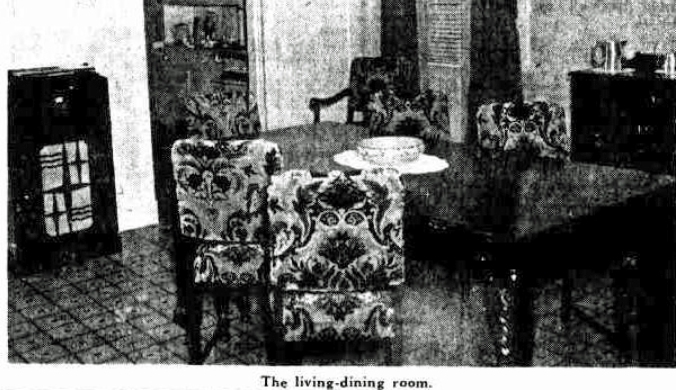 This house is also still standing. Part of Le Jardin’s original fence mentioned above can  been seen in the photo below.