In the days before motor cars, there were at times spectacular accidents involving horse drawn vehicles such as this one that occurred in Highgate Hill in 1907.

A typical butcher’s cart in 1921, this one belonging to well known Brisbane butchers, the Baynes brothers. (State Library Queensland)

The ambulance service rendered first aid and little Maud McKinnon was taken home. She seems to have survived the accident as there’s no record of her death around that time. 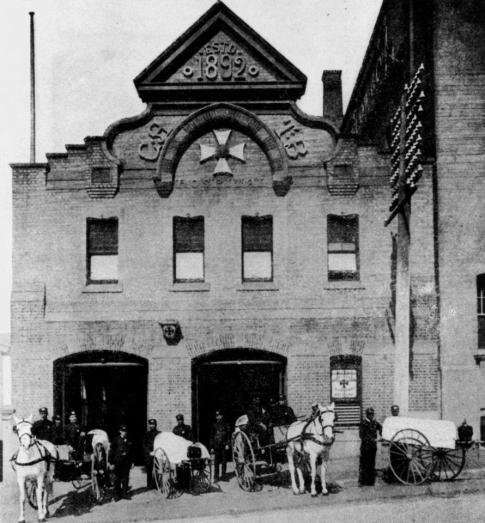 Brisbane Ambulance HQ ca. 1901. Motorised ambulances were introduced from around 1912.

Further historical photographs of the Queensland Ambulance Service can be seen here.

Horse drawn delivery vehicles remained on our streets until the 1950s. These were the pre-supermarket days of corner shops and low car ownership. In 1955, there were only around 12 cars per 100 population in Queensland versus approximately 55 now. My grandfather sold fruit from his horse drawn cart in the 1940s. Groceries, meat, milk and bread were also home delivered.

This photograph from 1924 shows a mixture of motorised and horse drawn butcher’s vehicles in Brisbane. (Queensland Museum)

One thought on “Runaway Horse and Cart 1907”