The £5,000 prize money in 1929 could have purchased three average suburban houses.

Lotteries with cash prizes were illegal in Queensland up to 1931 and for this reason prizes were often works of art, giving rise to the name “Art Union”. In 1916, the first Golden Casket was initiatee under the auspices of the Queensland Patriotic Fund.

The prize of gold is  said to have been on display  in a casket or jewelry case, giving rise to the “Golden Casket” name. I haven’t found a contemporary newspaper account of this. 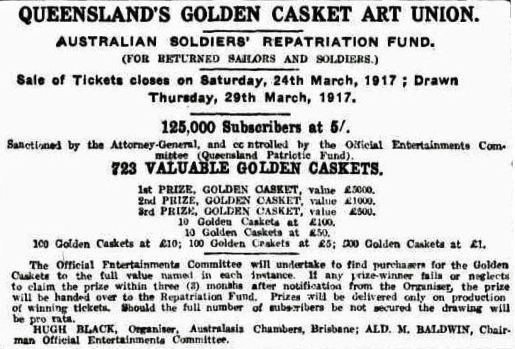 To get around the cash prohibition, all the prizes were in gold and the Government turned a blind eye. At that time Australia’s currency was composed of high purity gold and silver coins. The organisers undertook to find buyers for all of the gold prizes so that the winners received cash.

Although paper currency was introduced in 1913, gold sovereigns continued to be minted until 1931.

The proceeds of the first lotteries went to support returning soldiers and to provide housing for war widows. 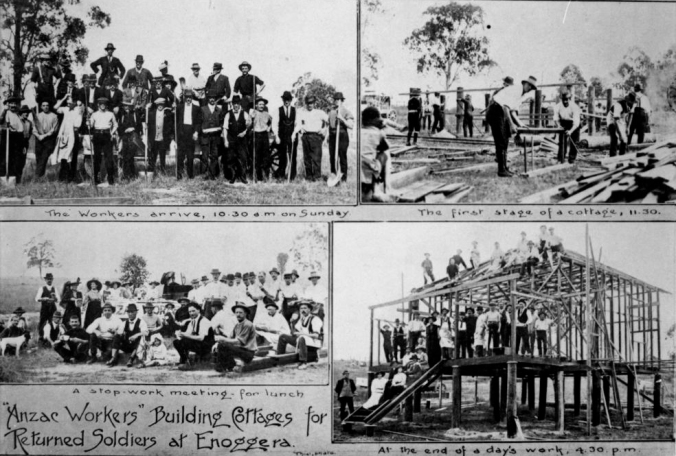 From 1920, the State Government took over running the lotteries.  This was extremely controversial at the time as there was widespread community opposition to gambling in any form. However, the State Government finances under a Labor Party intent on nationalizing industries were in a parlous condition.

The amount of money involved created temptation. In 1924, for example, two clerks working in the Golden Casket Office were convicted of stealing over £400 by falsifying ticket numbers. In 1932, a scam was uncovered involving a boy at the drawing who was found to have in his possession one of the marbles used to determine the winning numbers.

All proceeds of the Casket went to support hospitals, baby clinics, bush nursing, kindergartens and so on. The Brisbane Women’s hospital was constructed in 1938 using funds of £238,000 from Golden Casket profits. Hospital treatment was also free for Queenslanders. Other states eventually followed Queensland’s lead, introducing lotteries through the 1930s.

A few other lucky Highgate Hill residents took first prize over the years. In 1944, K. Heffernan of Gordon Street won as did Mrs J. Spode in 1950. 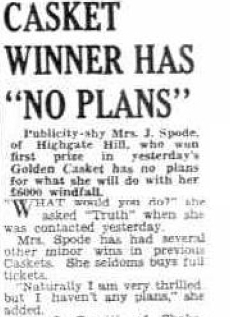 John Hutchinson of Rosecliffe Street also won first prize but had to wait the 20 months until he turned 21 years of age to collect his prize.

“Motherhood and the Golden Casket : An Odd Couple”

History of the Golden Casket Lottery