At the end of this month, as the result of the inexorable march of time, two teachers will sever a long association with the Department of Public Instruction who might rightly claim, with Othello, “to have done the State some service.” Those teachers are Fernando Cantu Papi and Miss. Elizabeth Pickard Large. Mr. Papi is retiring because he has reached the utmost limit of age fixed by the Public Service Act — namely, 70 years.

The death is announced of Mr F. C.  Papi D.Ph, the veteran educationist, of Maud street, Highgate Hill. The deceased had been ailing for some days and he died on October 5. Death was due to heart failure.

In the 19th century, very few Italians migrated to Queensland and to find one who also had tertiary qualifications is indeed an unusual thing. Fernando Papi was a lay graduate in Philosophy from the Pontifical Seminary in Rome in 1869 and a year later completed Mathematics Degree at the Royal University of Rome1.

He later travelled to Dublin to study English where he met James Quinn. Quinn had been appointed as the first Roman Catholic Bishop of Brisbane in 1859. The bishop was in Europe in 1870 for the First Vatican Council and also spent time recruiting priests and others for his diocese. He convinced Papi to migrate to Queensland to become a school teacher.

A 20 year old Papi arrived in 1871 and he began teaching at St. James School in Boundary Street and later was headmaster at Ipswich. In 1877, with his Italian qualifications now recognised, he began a long career teaching in Queensland’s Sate Schools.

His career took him to such places as Maryborough, Toowoomba, Goodna, Bulimba and Ipswich before becoming Headmaster of The Woolloongabba School which was later renamed the Dutton Park School.

In 1904, he was came first in a public examination surpassing 17 native English speaking candidates to become a District Inspector. However this work didn’t suit him and he returned to teaching after several years. In 1912 he became headmaster of the Windsor Sate School and reluctantly retired from there in 1921 at the age of 70. 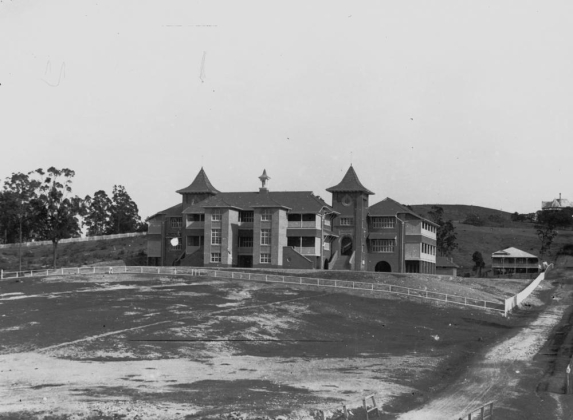 The Windsor Sate School building built in 1916 is heritage listed and was designed to accommodate the requirements of the most modern of education philosophy in Queensland. It was known at that time as a “model school”.

Papi was a keen artist and a trustee of the Queensland National Gallery, the forerunner of the Queensland Art Gallery. Sir Samuel Griffith, Supreme Court Judge and onetime Premier of Queensland was a friend of Papi’s. He sought Papi’s advice regarding his translation of Dante 2.

Papi’s wife Josephine was also very active in the Queensland community. She founded the Queensland branch of the Wattle Day League in 1912, three years after the first such group began in New South Wales.  The first Queensland Art Scholarship awarded by the Society was won by Daphne Mayo who went on to produce such works as the Brisbane City Hall façade sculptures and the Tattersall’s Club frieze. 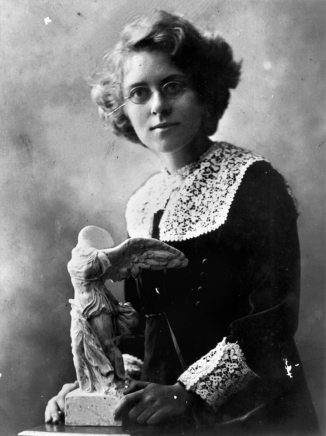 The Society was a heavy supporter of returned service men during and after World War One. The association continued to focus on helping people with disabilities. The Wattle Day Society is now known as Open Minds and provides Mental Health and Disability support.

Josephine Papi was also a founder of the South Brisbane Croquet Club around 1903. It was active in Musgrave Park until around the year 2000.

Prize Winners of the Queensland Croquet Tournament at Musgrave Park, 1912. Josephine Papi is seated on the right. (State Library of Queensland)

At the time of Fernando Papi’s death, they were living in Maud Street, Highgate Hill, as noted in the obituary above. This street is now called Audenshaw Street. Earlier thay had lived on Brighton Road.

Fernando and Josephine’s last resting place is in the Mt. Gravatt Cemetery.